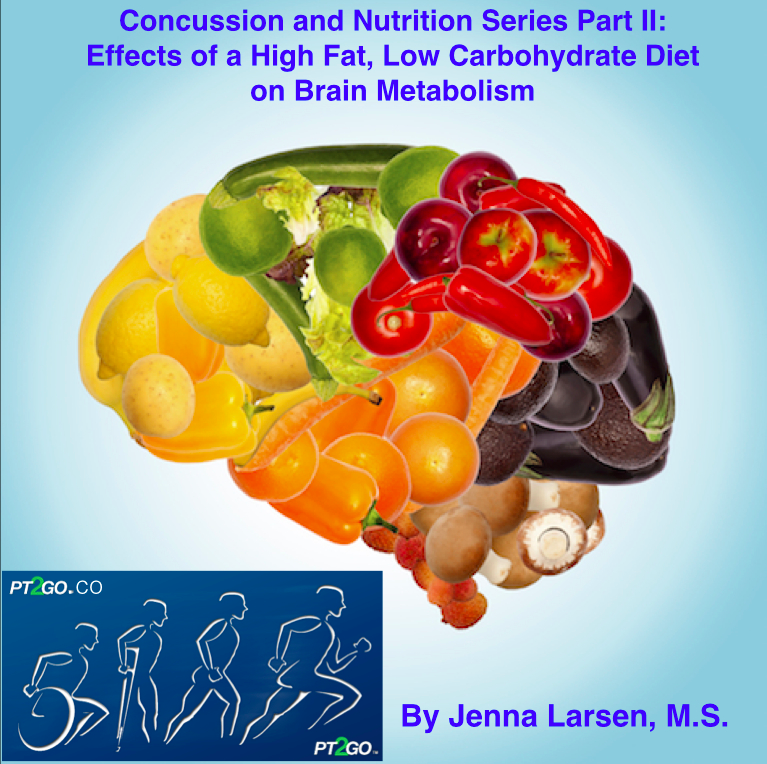 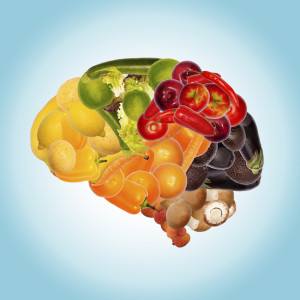 With respect to nutrition and concussion, there isn’t concrete evidence that there is one type of diet or panacea to aide with concussion symptoms due to the multi-system nature of this injury.

The intention behind this article is not to propose that you, as a healthcare provider, prescribe a defined diet to concussion patients or even to recommend it as an alternative therapy. Simply, it is to encourage you to consider the evidence behind the idea that (1) what we eat affects the body; and (2) nutrition may be more powerful in healing than many of us have been taught to believe.

What is it? Who is it prescribed for? And why has this prescribed diet continually intrigued me as it correlates to concussion patients. The ketogenic diet was developed to mimic starvation and has been used and studied for almost an entire century [1]. It is a high-fat diet in which carbohydrates are all but eliminated (less than 50g per day). For reference, there are 27g of carbohydrates in a banana. It is presently most commonly used to control epileptic seizures especially in children [1-3]. More recently, researchers have some evidence that the diet may be effective for improving traumatic brain injury (TBI) outcomes as well [14].

Let’s take a look at how the ketogenic diet works. The brain craves carbohydrates. Whenever they are available, the brain will use them for energy- before breaking down fats and certainly before breaking down protein. When a patient is on a ketogenic diet, carbohydrates aren’t available. The brain settles and breaks down fats instead, converting triglycerides into fatty acids and ketone bodies– the ketone bodies are then used to make ATP and fuel the brain cells. In fact, they may even be a more efficient source of energy than glucose [1]. But how might this translate to protecting the brain?

Ketone bodies were found to prevent neuron cell death in a variety of studies through many different mechanisms [1]. Most of them used animal models so the effectiveness in humans requires more investigation. However, ketogenic diets are highly effective in treating epilepsy [4], so we do know that the brain is most certainly affected by the diet.

We also know that processes in TBI associated neuronal death include energy (ATP) depletion, reactive oxygen species (ROS) production, and inflammation. Since ketone bodies are an alternative source of energy, they are thought to lessen the harmful effects of energy depletion that occur with injury. Multiple studies have shed light on their ability to increase the cell’s resistance to oxidation, inflammation and programmed cell death [5-10]. One caveat is that the diet may be more effective in children – adherence is easier and younger brains are better at transporting and utilizing ketone bodies [11-13].

If the ketogenic diet has so much fat, you may be wondering about health-related consequences. Over the long term, it was actually found to decrease the level of triglycerides and LDL cholesterol while increasing HDL cholesterol. On the contrary, gastrointestinal disturbances are common and children on the diet may be at slightly higher risk for stunted growth, bone fractures and kidney stones. Supplements are prescribed by a medical professional to counter deficient micronutrients [13].

There are a lot of unknown variables with respect to this diet in humans living with TBI. Do short periods on the diet lead to long-term benefits or are the effects reversible? Should the diet be administered right after the injury? What time window is most effective? Are low glucose levels necessary or could you administer ketone bodies without the need to restrict carbohydrates?

A better understanding might provide insights into therapeutic approaches that eliminate the need for strict adherence to diet that is difficult to maintain. Ideally, the ketogenic diet could inform scientists developing a drug that is effective in treating TBI.

Presently, the best course of action a healthcare professional can take with regards to nutrition is to prescribe patients with TBI an increased intake of fruits and vegetables in conjunction with their present course of treatment. Fruits and vegetables are full of flavonoids and antioxidants which have been found to have positive impacts on concussion outcomes and are a more feasible alternative to carbohydrate restriction. See Concussion and Nutrition Series Part I: Evidence Behind Flavonoids and Their Role in Anti-Inflammatory Foods for a comprehensive review.

14. Institute of Medicine Report: Nutrition and Traumatic Brain Injury- Improving Acute and Subacute Health Outcomes in Military Personnel by the Committee on Nutrition, Trauma and the Brain Food and Nutrition Board. Accessed June 23, 2014. http://www.iom.edu/Reports/2011/Nutrition-and-Traumatic-Brain-Injury.aspx